Long time no posting.. so I’ll try to come up with what has happened since.. 🙂

First of all, in March, my buddy Valentijn, my sister & me joined the Dutch National Skimountaineering Championships. It is organized by the Dutch Mounatineering Federation (NKBV) and (part of) the Trofea Péz Ault in Disentis, Switzerland.

We competed just for fun, as we knew we were not going to be acclimatized too well, nor trained for ‘racing’ or geared up with the light racing hardware. But I joined the race once before (6 years back) and I knew it would be fun just to be challenged to give it all!

So, we headed for Sedrun, close to Disentis, where we had found a wonderful airbnb appartment.

On the first morning we took the train from Sedrun to Andermatt, and got out the train at the top of the Oberalp pass to do an acclimatization tour, to an easy summit. Great views over Switzerland! 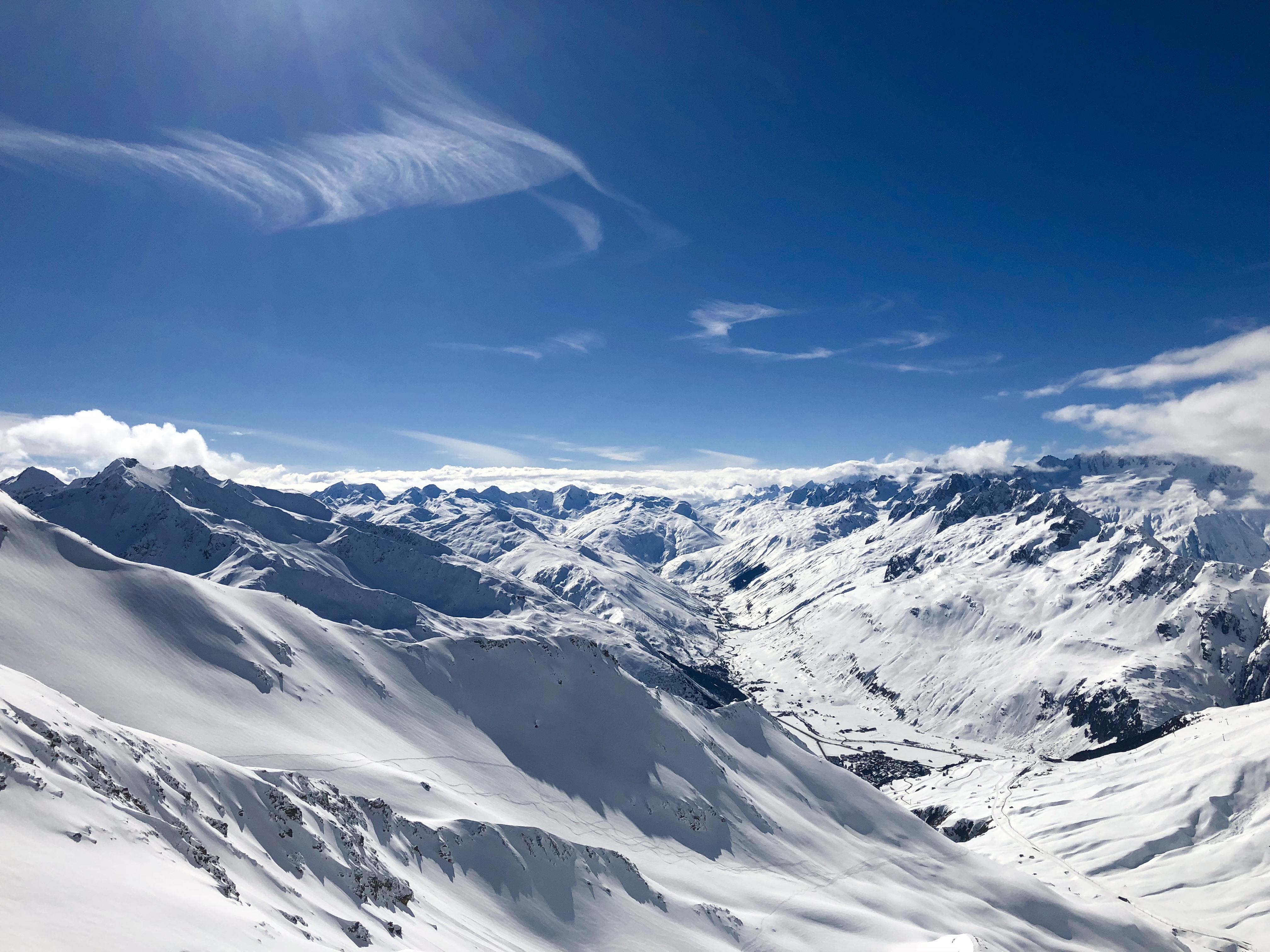 From the top in the direction of Andermatt 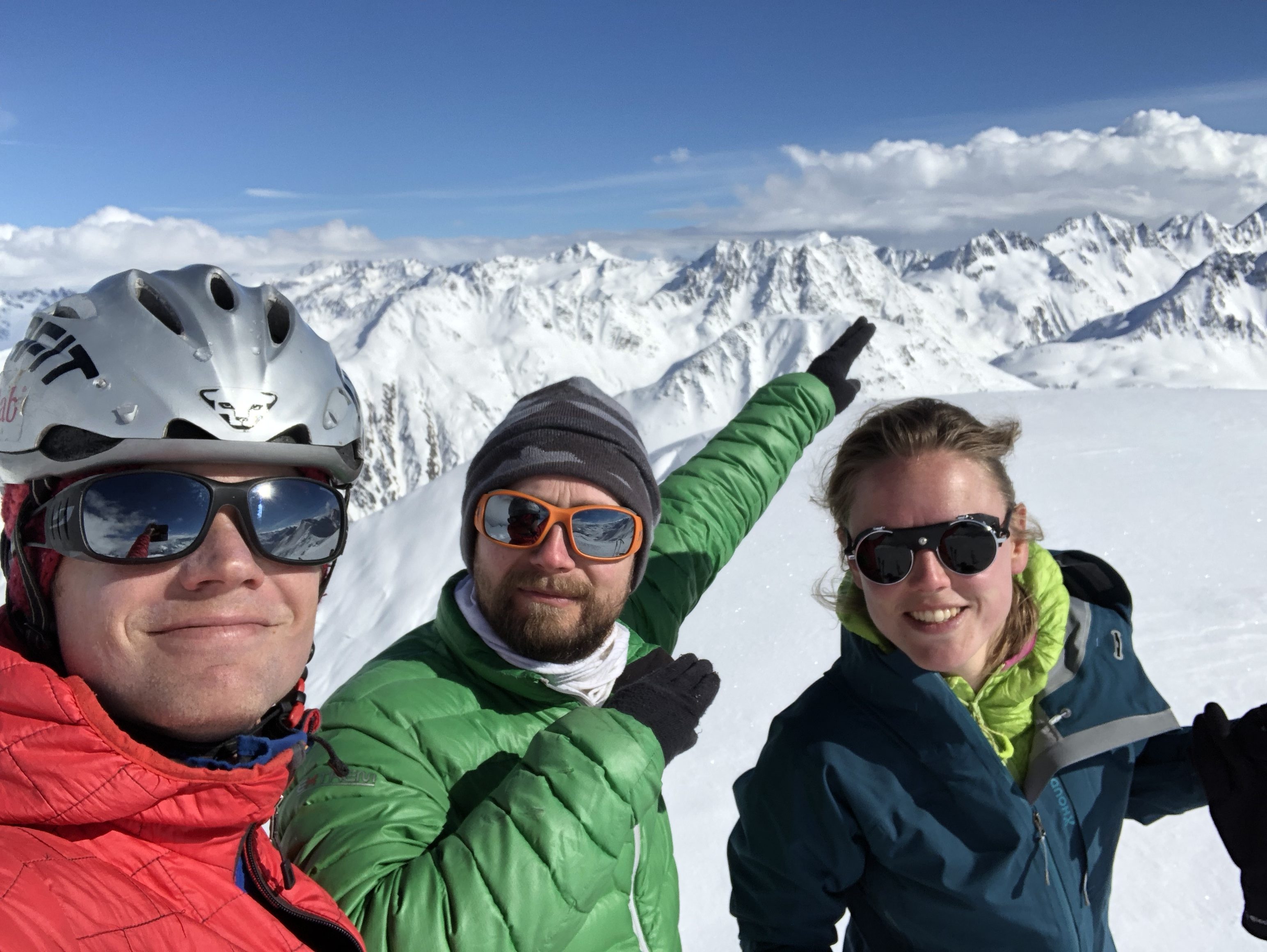 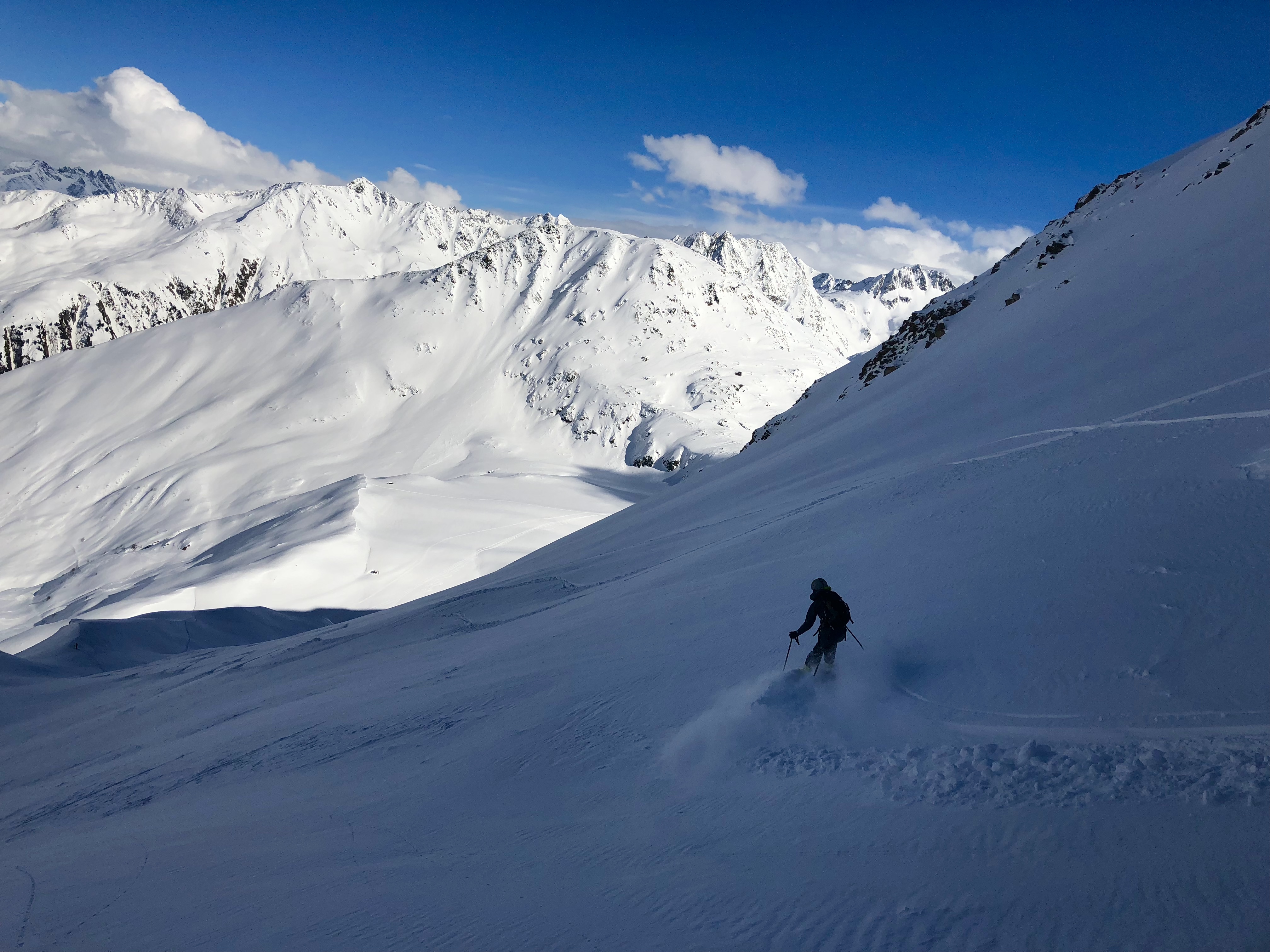 The next day the weather is bad and instead of skitouring we go for some freeriding in and around the Disentis skiing area, together with a bunch of other participants.

Clouds love Switzerland, so no changes in visibility for the next day.

It’s the day of the competition. As we gather at the middle cable car station, we are very much impressed with all the fancy race clothing, ultralight skies & shoes. We say hi to all the people we know. Nice atmposhere.

Than it’s time to get the engines started, at around 9 o’clock!

An impression of the start: 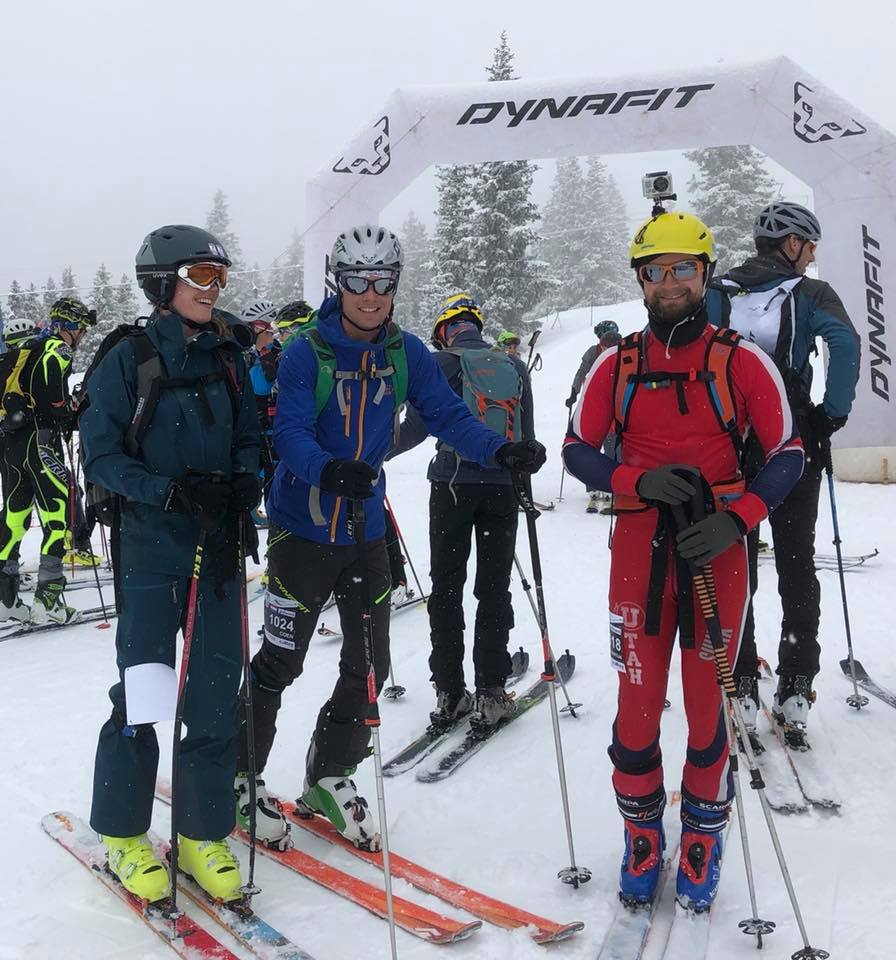 Waiting for the starting shot

In total the parcours is around 1.650 ascent & descent meters and 15 horizontal kilometers. Hard working! Along the way the people from the organization (which was really, really good!) were cheering on us. This certainly gave some extra energy! I had to dig deep to try to keep up with some people in front of me and I felt like a stranger between all the fancy race boys & girls 😉

Some pics to give an impression of the race (made by Robin Baks -NKBV, all pics can be seen here): 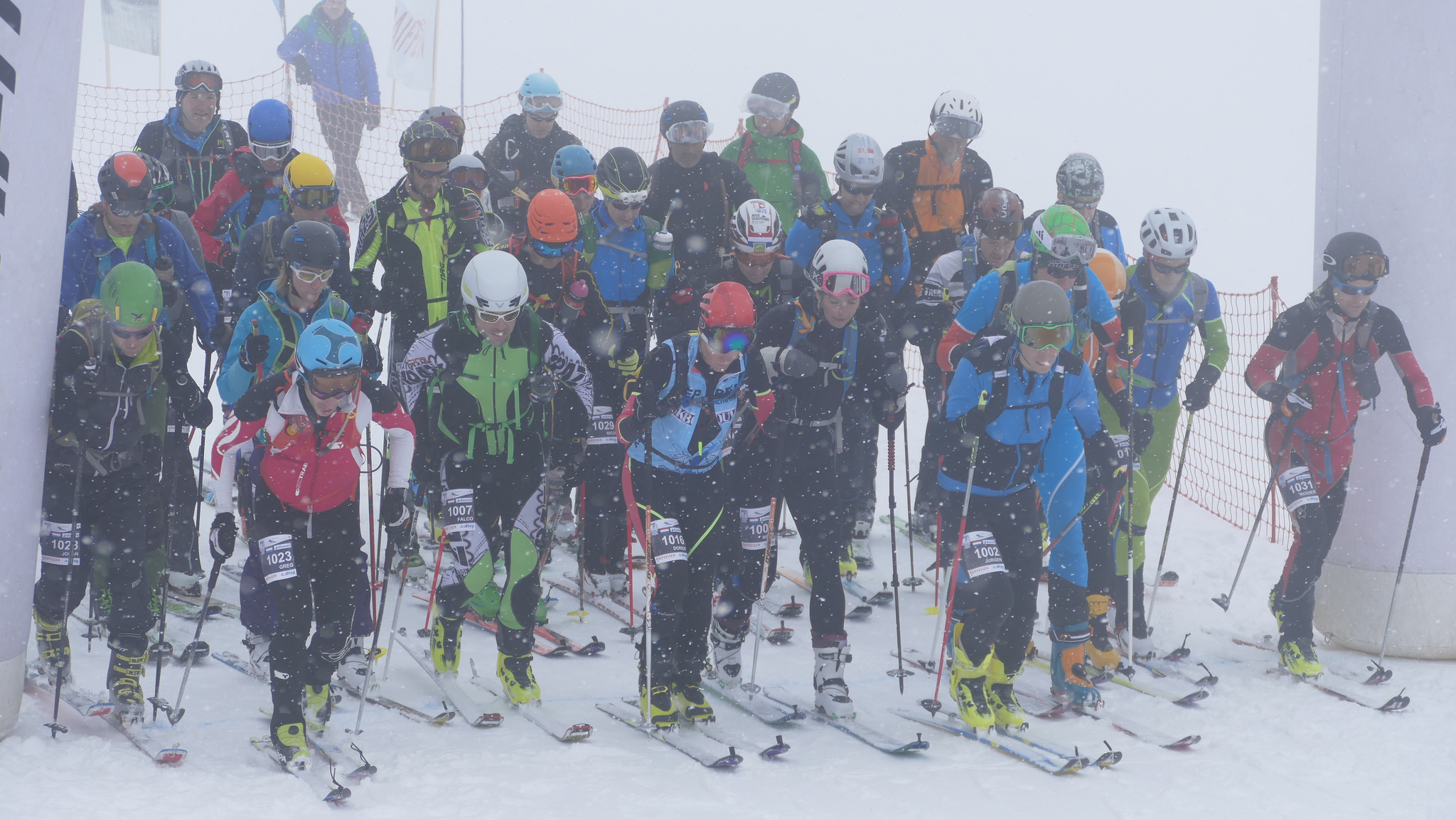 Dutchies at the start.. 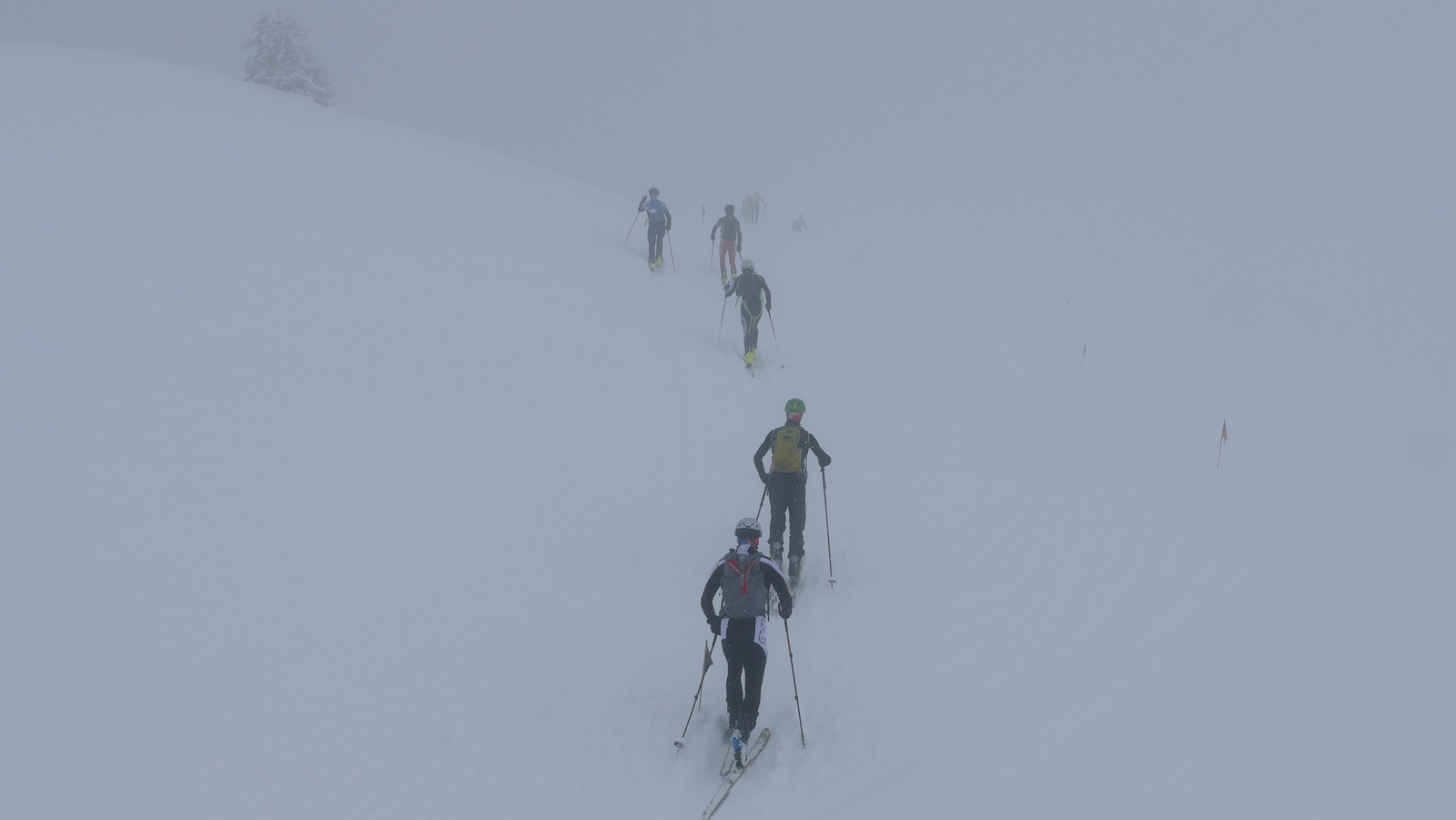 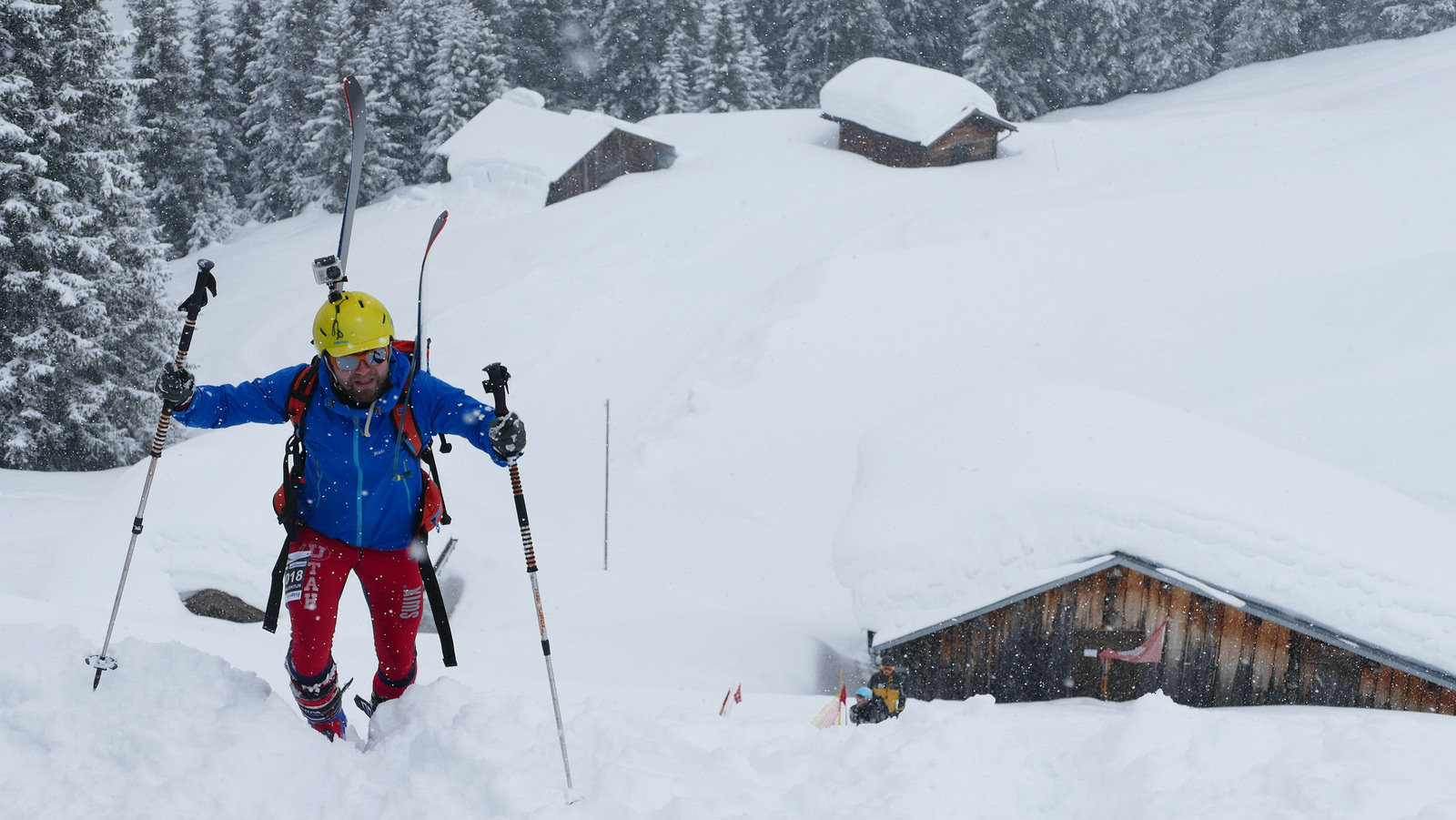 Vaal almost at the finish 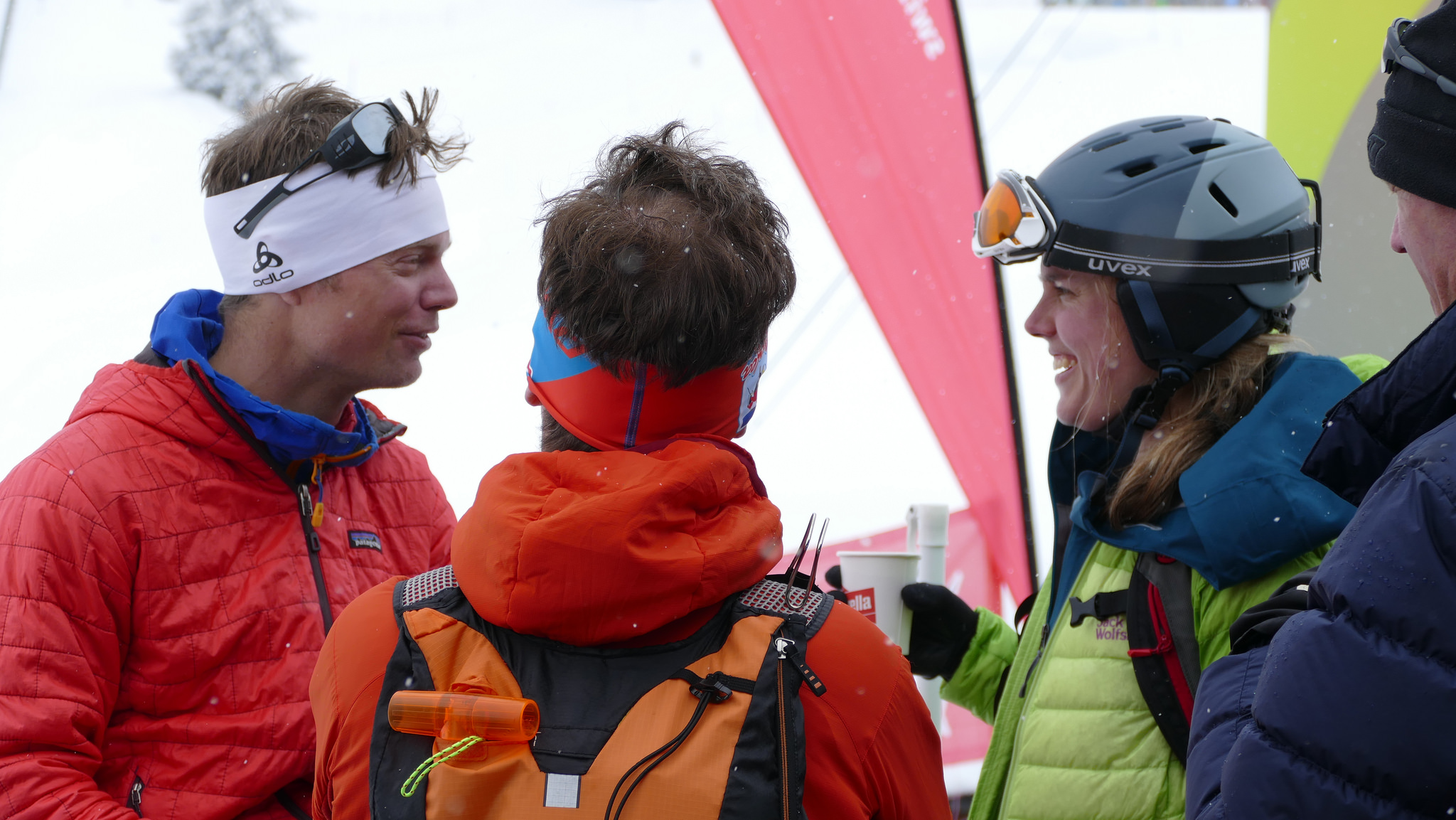 While it took  2hr:16 for the 1st Dutch competitor, it took me 3hr:41 (good for a 2oth place with 31 male competitors overall). Valentijn got 24st with 4hr:10 and my sister had to give up because she felt sick.

I am not dissapointed at all, but eager to have a better understanding of how the game is played and to properly train and be better the next year(s)! However, I still prefer skitouring to find powder descents or to climb on remote peaks 😉 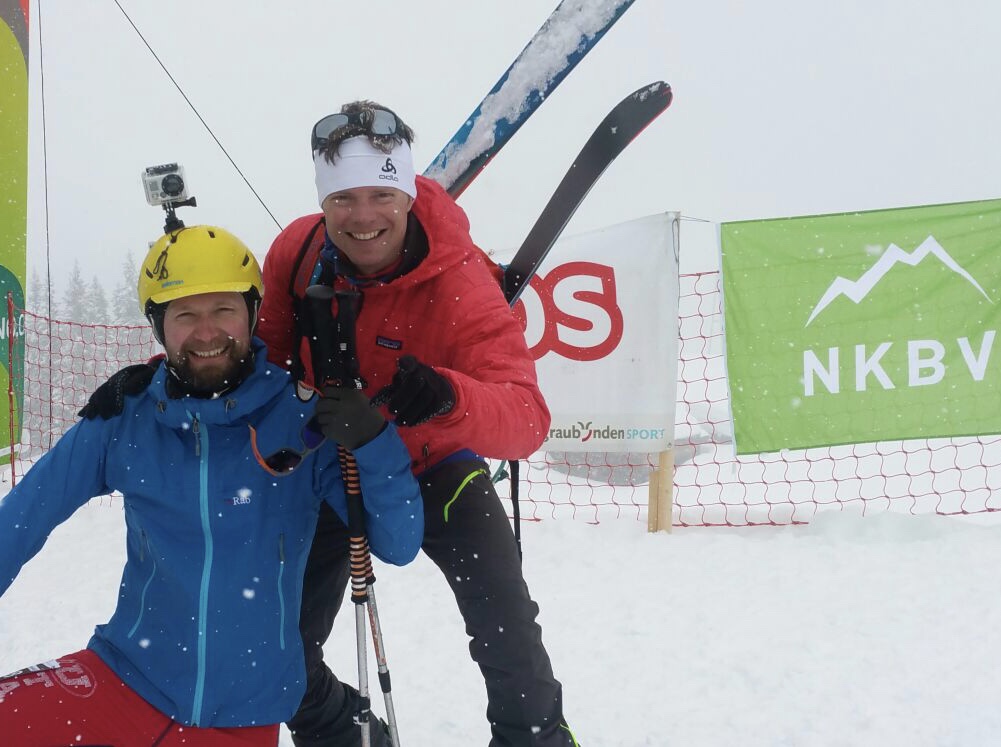 Vaal & me after the finish 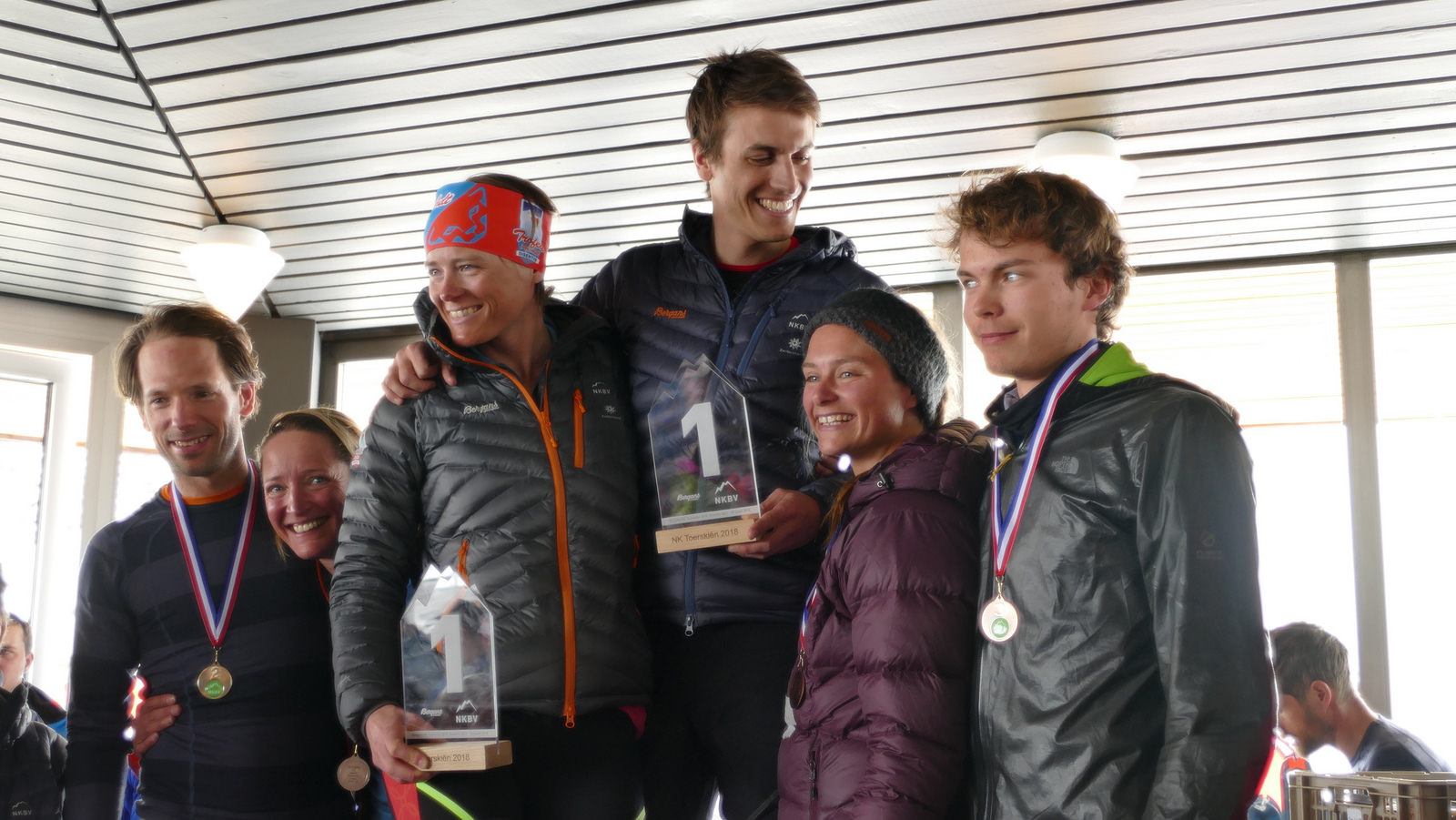 The male & female winners of the Dutch Championships 2018

At the last morning before heading back to NL, we were able to make some powder turns close to the Oberalp pass despite the bad weather.

Great long weekend, thanks everyone! 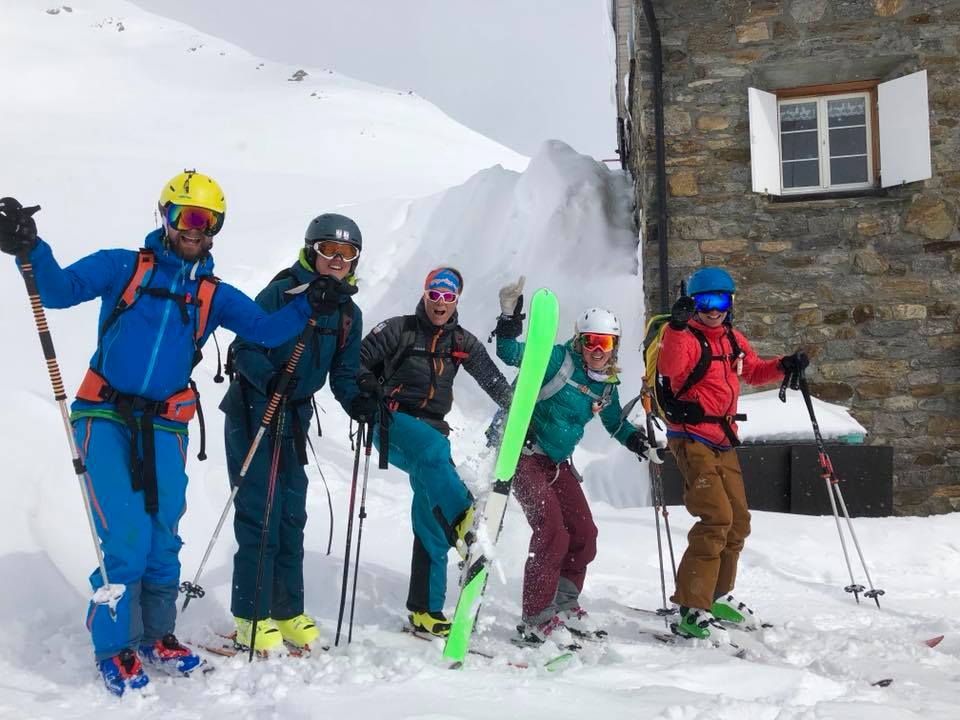 At the Maighels hut on the last day 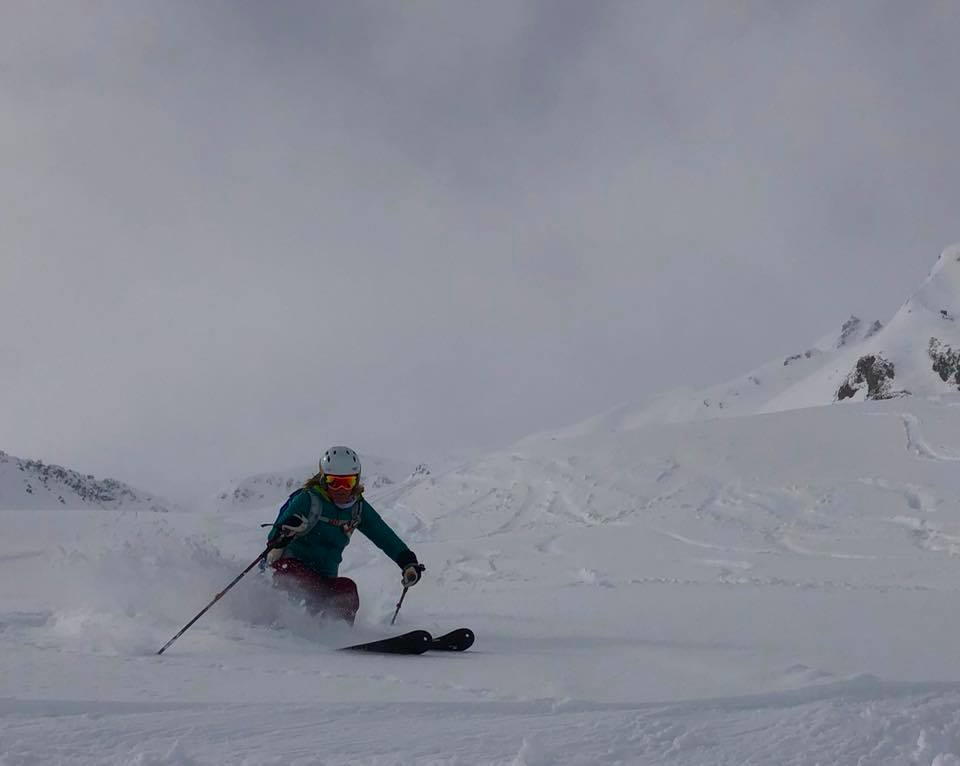 Judith on the last descent meters before leaving